What a load of garbage – human artifacts

This is an assemblage created with entomological foam and pins,
various pieces of garbage and discarded items I have picked up from
car parks, paths, roadways, picnic areas, gutters, etc. that may
otherwise have become landfill or pollute waterways.
Concept:
The trash and garbage that others discard, that begins to decay,
degrade and fade, that are seen as waste and litter and totally
worthless – I see them as flashes of colour and shapes, as objects that
have had a journey, and have a backstory that I can only ever guess at.
They are human artefacts of my time, the *Antropocene Era , so I
choose to present them as specimens, framed. By assembling them
this way, presenting them like specimens, they are taken out of context
from where they were found, and given a new story to tell. They
generate a new, extended meaning, their past lives recalled, but given
an unexpected provenance and importance.
By creating work this way, I also I seek to arrange them in an
aesthetically pleasing manner, so that the viewer might see these
objects in a new light, a fresh way, further underscoring that the
worthless might gain some value.
Becoming more mindful of what they might see as they go about daily
rituals, I see hope too that such work inspires others to become an
explorer of their world, an archeologist of the mundane and maybe
even be more mindful with their waste.
*The Anthropocene is a proposed geological epoch dating from the
commencement of significant human impact on Earth’s geology and
ecosystems, including, but not limited to, anthropogenic climate
change. 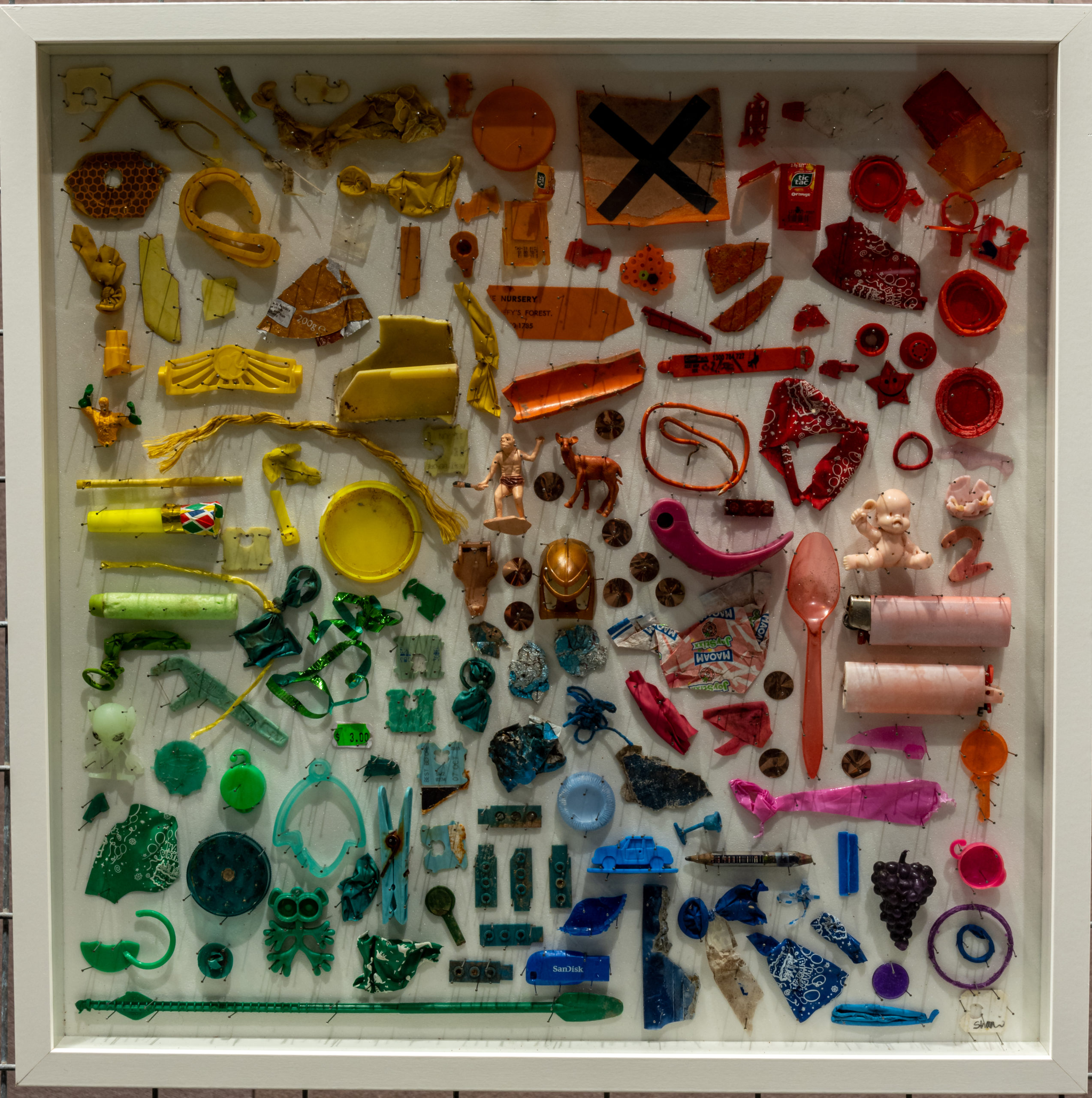