Display of found 1960s-70s ring pulls. I have been collecting 1970s-era ring pulls from McPhillamy Park on Mt Panorama/Wahluu for more than 15 years. It is always a casual thing: if I see one when walking the dogs or just taking a walk myself, I’ll pocket it. They’re always more abundant after rain, when the dirt that has covered them for decades is washed away. I first noticed them because, like many who grew up in the 1970s attending backyard barbecues or more riotous events like horse races, I cut my bare feet on them. These ring pulls, generated through the 1960s and ‘70s (they were discontinued from about 1980), capture the moment the ring was pulled from the can and discarded. Some are carefully folded by the drinker at the time, because their ability to cut bare feet was well known. Beer-drinking at the car races is a ritual; my own collection of them years later is a ritual. During the recent debate over the proposed Go Kart track on the top of Mt Panorama/Wahluu, Wiradyuri Elders told us that the area had been a ritual site from time immemorial. Anthropological studies found no tangible evidence of this, and so, for a long time, the Elders’ stories were discounted. I have presented the ring-pulls in the way Aboriginal artifacts have often been displayed in museums and in white people’s homes. The ring pulls exist as tangible evidence of rituals (beer drinking at car races) which have been held sacrosanct. With the Federal Government’s announcement of a Section 10 disallowing the building of the Go Kart track, the presence of the rituals of the oldest living human culture are finally being honoured. 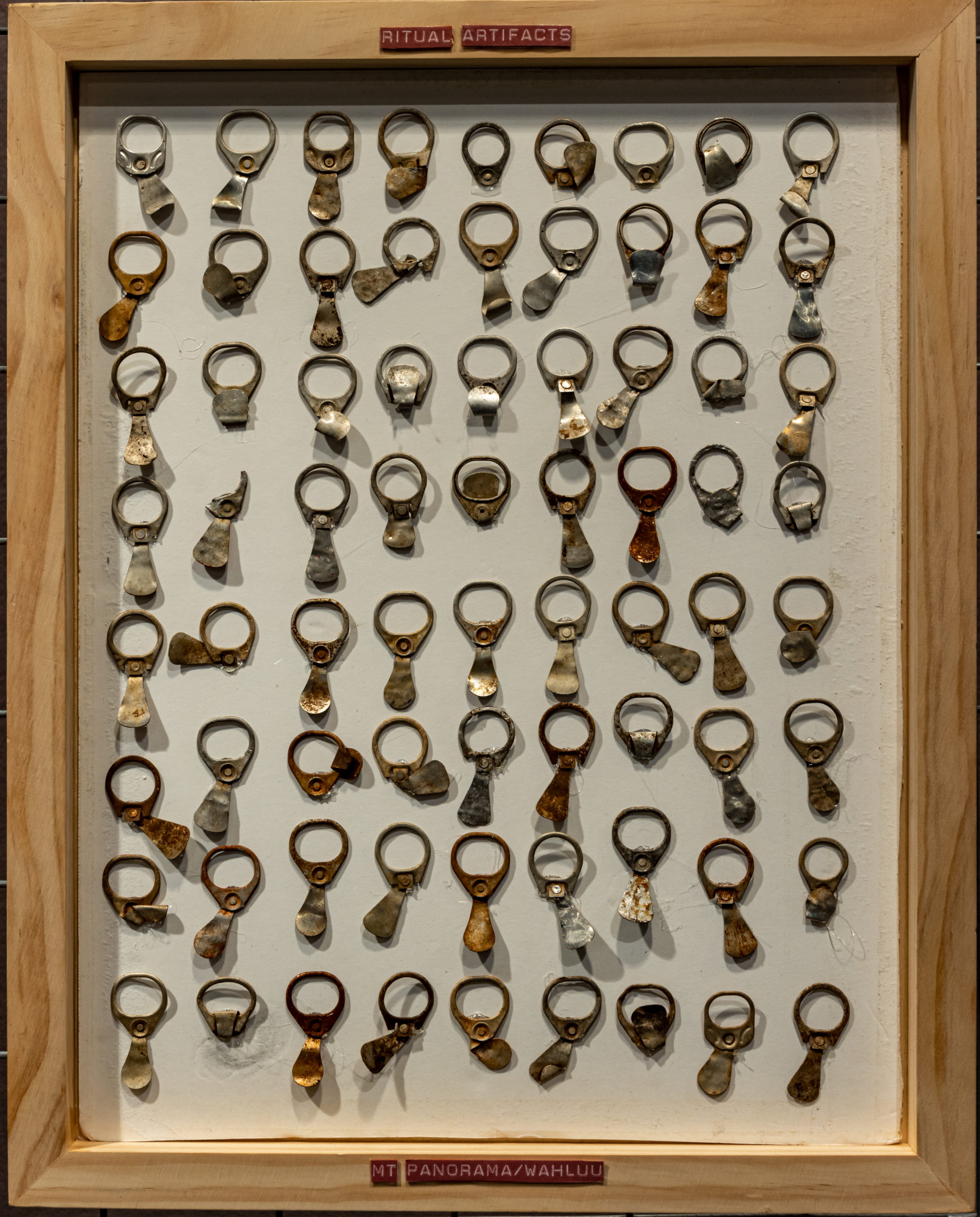