This sculpture represents Queen Titania from Shakespeare’s Midsummer Night’s Dream with the colour purple symbolising the empowerment of women. This sculpture is made from a used wrist cast, the robe recycled material and the ribbons and crown has recycled plastic daisies and sunflowers, they are used because in 1867 Kansas suffragettes adopted the Sunflower as a symbol of their campaign for women’s rights. Queen Titania’s purple torso traditionally represents royalty and then in 1908, it was the colour adopted by the Women’s Social and Political Union in England, fighting for equality and they stated that the purple represents the “royal blood that flows in the veins of every suffragette, the instinct of freedom and dignity”. Purple is the official colour of International Women’s Day, and the Queen Titania represents strength and independence and of course, her name reflects the locality she was crafted. NB: made by two women with broken writsts. 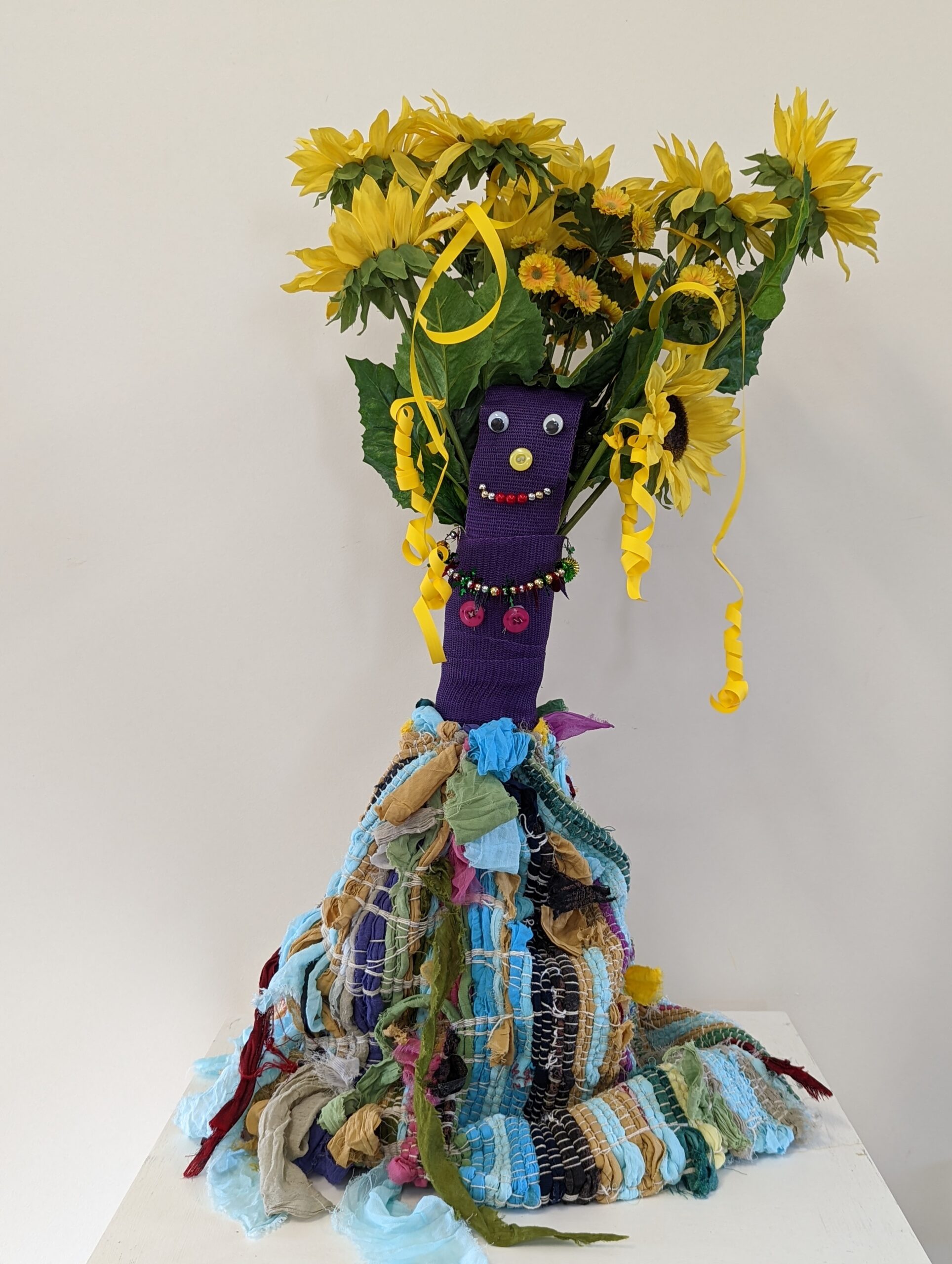