Not with a bang, with an ember

This 2D work is made on ply using paint, bark, polystyrene beads, and a range of washers, rings and fasteners. In the recent fire-season koalas became emblematic of the species being threatened and destroyed from unprecedented fire events, arguably the result of climate change. The work references T.S. Elliot’s poem and particularly to the line;” this is the way the world ends, not with a bang, but a whimper. During this past summer, the world ended for many people and animals, but it was announced by the embers falling in advance of the fire front. 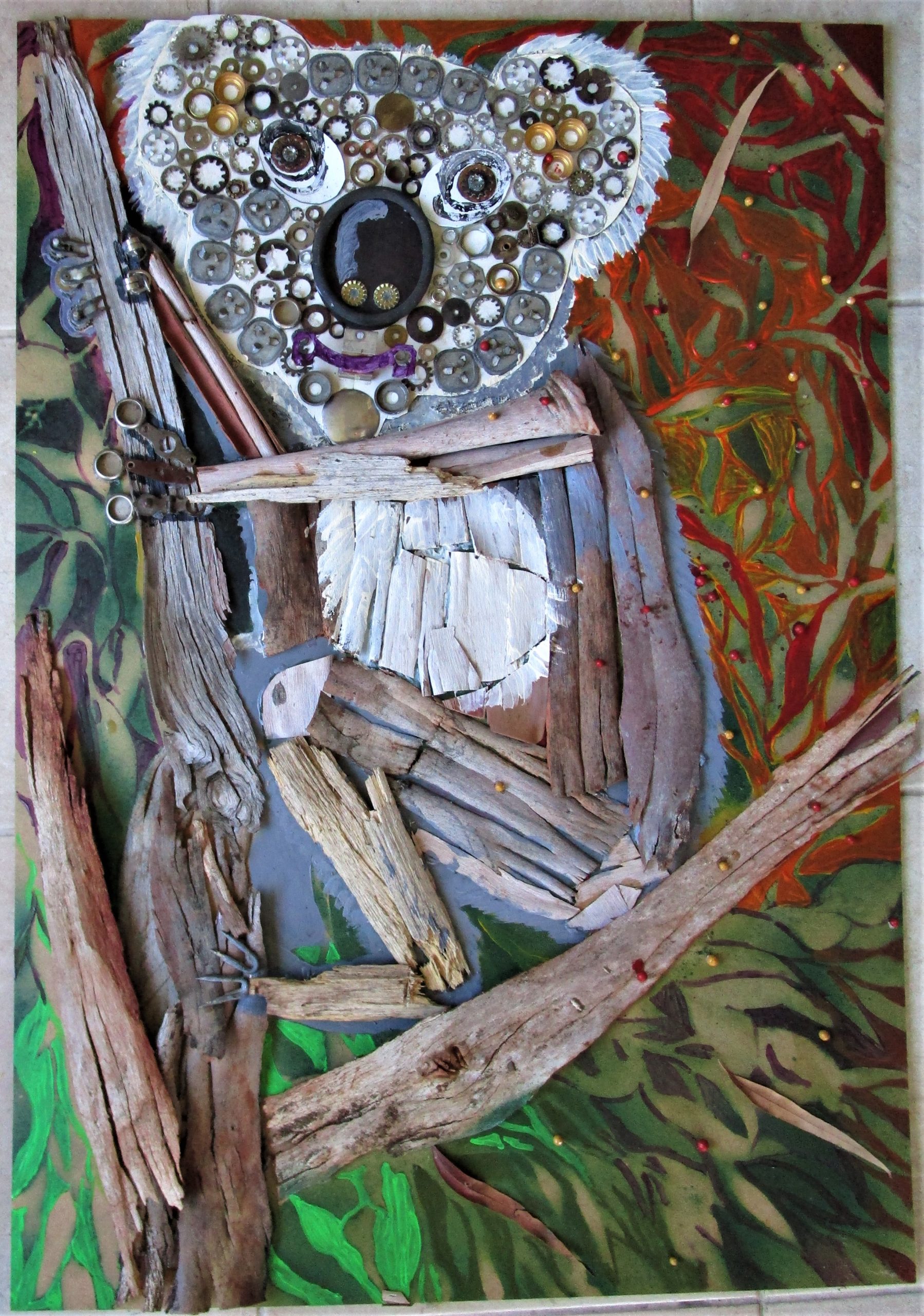 What a load of garbage – human artifacts