Our artwork has been inspired by the recent floods in Bathurst, which sparked conversation among the children in our centre. While the river was flooding we talked about what would happen to all the rubbish that people leave at the park. The children commented that the rubbish would have been washed into the river and concluded with adding how it would make the fish sick. Upon asking the children what they thought should happen with their rubbish when at the park it was discussed that it should be put into a bin. We also spoke about what would happen if there was no bin and it was unanimous that we should take it with us until we find a bin or put it in the bin once we got home.

Our artwork has been named Munyaa which is the Aboriginal word for Murry Cod. We chose the Murry Cod as the inspiration for our art work as it is a fish found locally in the Macquarie River. The use of the Aluminium products to create the fish is a representation of the rubbish that would have washed into the river from the recent flood. 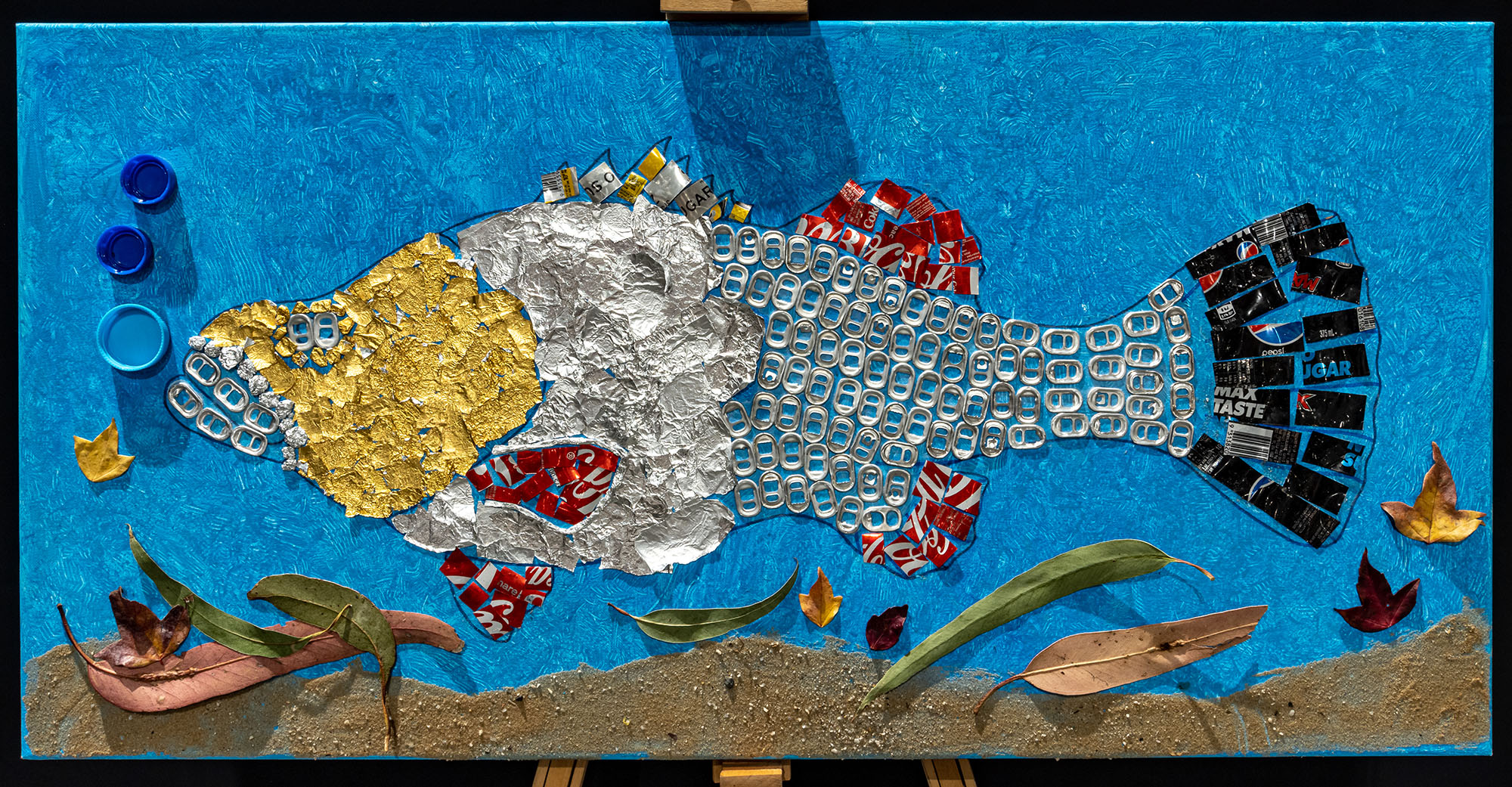