Originally the base-petticoat of the dress was a bin liner that had holes in it, so we recycled that but changed the design to make it more functional/comfortable for the wearer. We altered the design to use an old, stained t-shirt that was going to end up in landfill. Our teacher loves to wear colourful, interesting dresses, so that inspired us to design and create a dress for our entry. The chip packets we used were eaten, collected, and rinsed by us at recess and lunch breaks at school. We also took inspiration from the EPA’s campaign ‘Don’t be a tosser’, the slogan ‘if it’s not in the bin, it’s on you!’ inspired us to enter the Functional category. We created ruffles for the skirt tiers by fan folding and stapling the packets, then arranged them in a rainbow pattern. We created the floral embellishments by drawing flowers, shapes using stencils onto the packets and cutting out the flower shapes. We gathered the flower shapes in the centre when gluing them on to create an interesting texture on the bodice. The only waste generated by creating this dress were the offcuts from the chip packets which were placed in the REDCYCLE bin. The only new materials used were adhesives (PVA glue and hot glue), masking tape and staples to secure parts. After being displayed in the exhibition, our teacher will wear it to show it off and then it will be used for dress ups or drama performances. 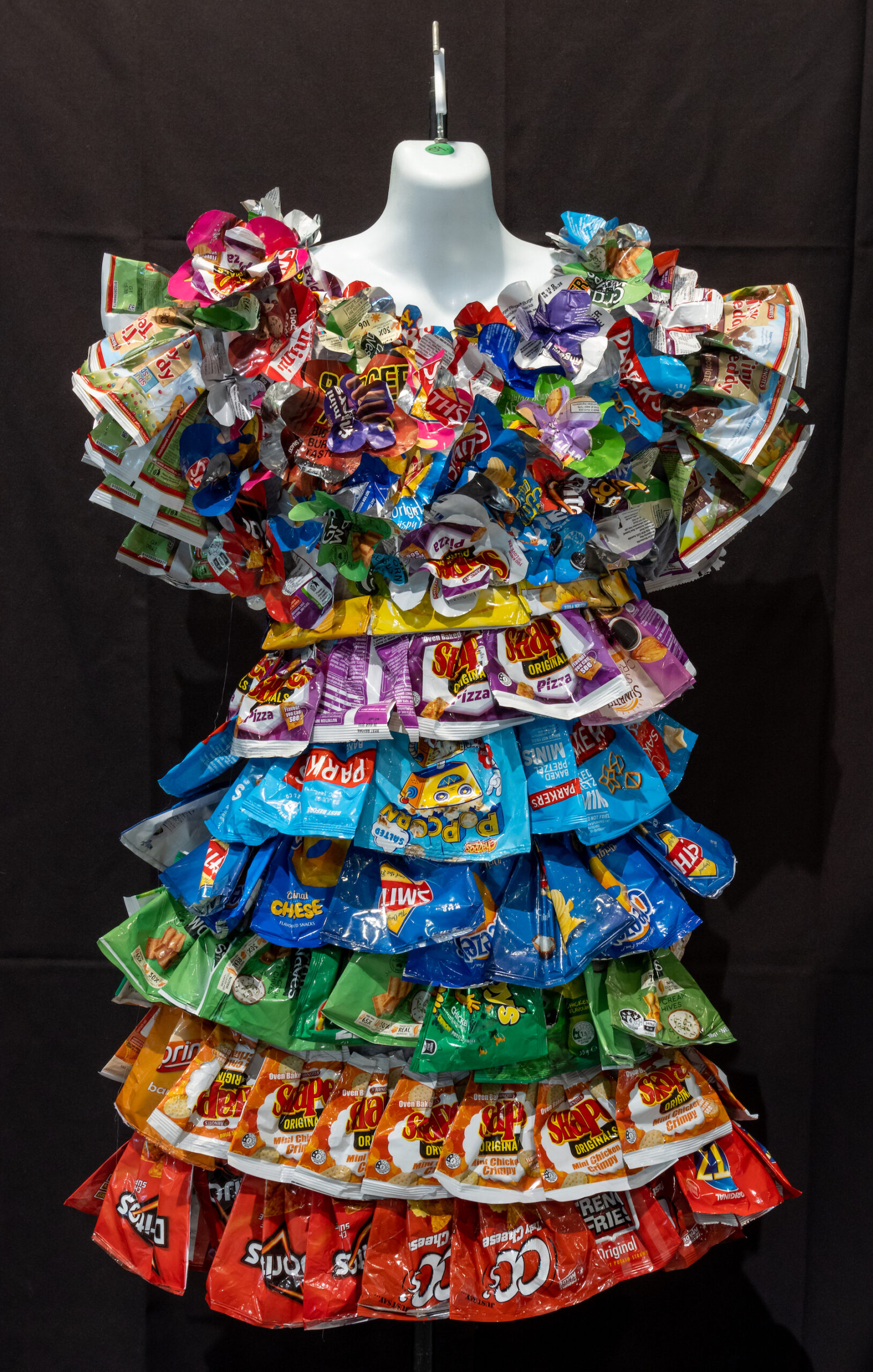