Ibis foraging through bins have become so commonplace in our cities and towns that this unusual bird has been given the comical nickname The Bin Chook. These Australian native birds have migrated into our cities and towns as the concrete jungle marches on destroying their native habitat. Once using their long beaks to extract insects from wetlands they are now forced to adapt by upskilling those same beaks to open bins and pierce garbage bags in order to survive. They are seen by many as smelly, dirty scavengers but to me they are a symbol of nature’s endurance and its amazing ability to adapt as humans continue to erase the natural environment due to overpopulation and urban sprawl. I have created this piece in the hope that people stop seeing the Ibis as an ugly part of nature but instead look further to see an ugly side of humanity. 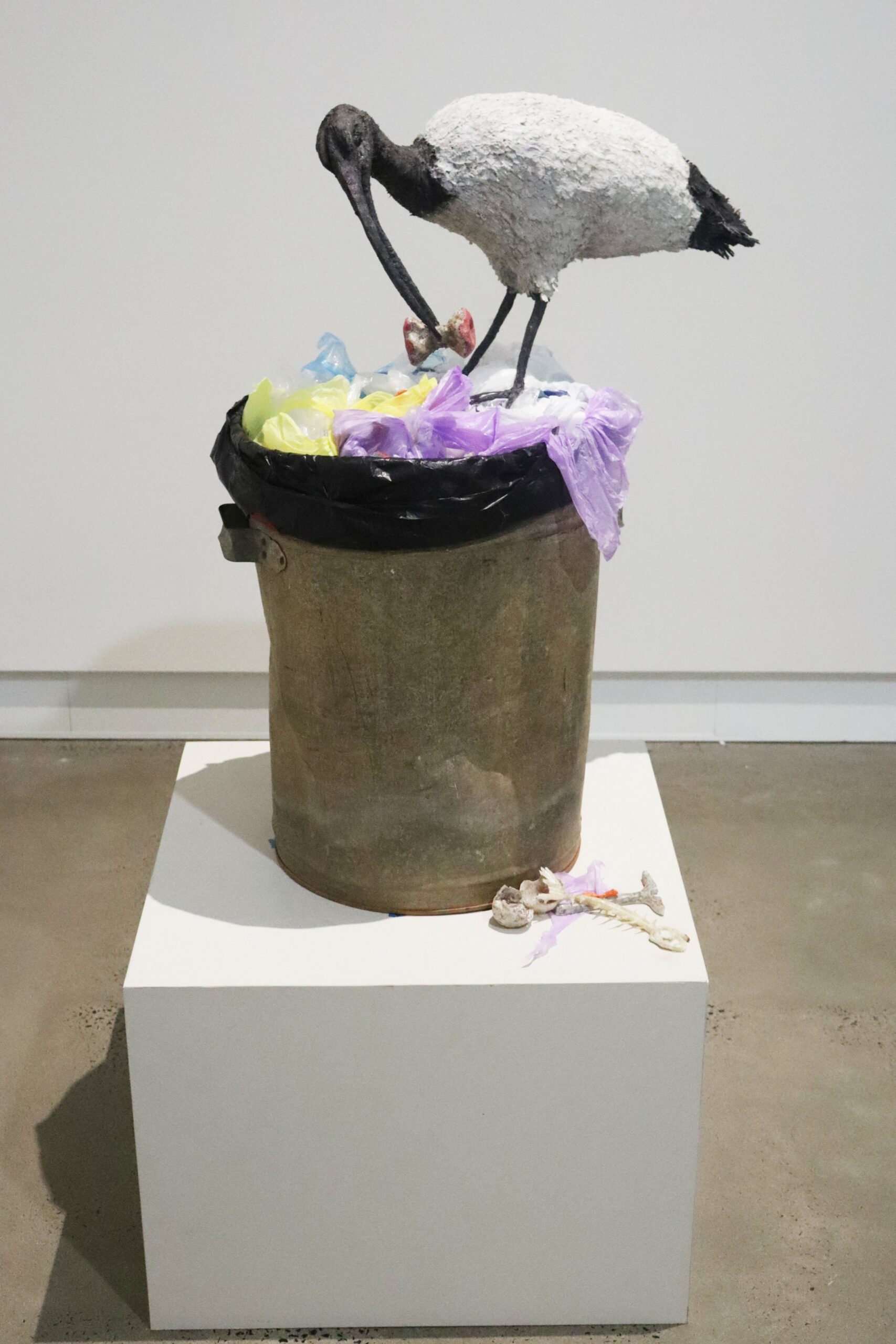